Can We Stop the Mass Murder Madness in America? 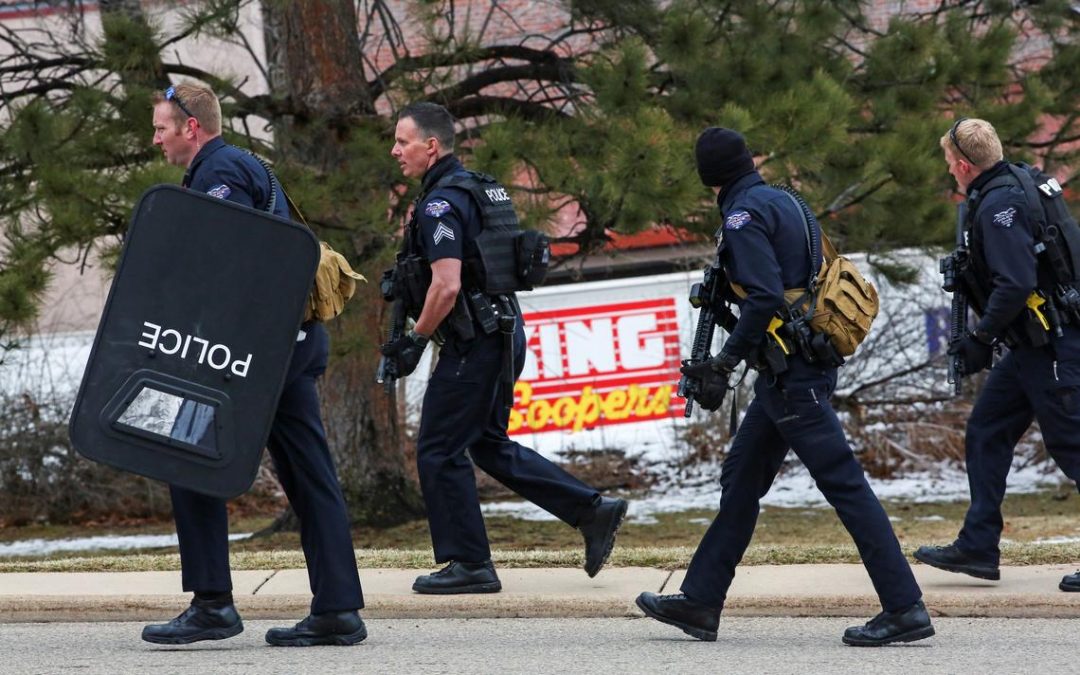 Ten people, including a police officer, were killed Monday after a gunman opened fire in a grocery store in Boulder, Colorado, according to CNN.

CNN reports the mass fatal shooting at the King Soopers store comes less than a week after shooting attacks at three spas in the Atlanta area left eight people dead.

For clarity’s sake, the FBI defines mass murder as “four or more murders occurring in the same incident, with no distinctive time period between the murders. These events typically involve a single location, where the killer murdered a number of victims in an ongoing incident.”

What’s going on here? Why are mass murders really rising? Can we blame mental illness? Lack of gun control? Media hype? There may be many contributing factors to the rise of mass murder, but the root is earthly and demonic—it’s the condition of man’s heart. Jeremiah 17:9 reveals this reality: “The heart is deceitful above all things, and desperately wicked; who can know it?”

This has always been true, but just as we see the rapid rise of sexual immorality, we’re seeing the rapid rise of other last days signs, like false Christs, false prophets, wars and rumors of wars, earthquakes, famines and Christian persecution (Matt. 24). Saints, we’re in the last days.

Paul explained, “But know this, that in the last days perilous times will come: For men will be lovers of themselves, lovers of money, boasters, proud, blasphemers, disobedient to parents, unthankful, unholy, unloving, unforgiving, slanderers, without self-control, brutal, despisers of good, traitors, headstrong, haughty, lovers of pleasure rather than lovers of God, having a form of godliness but denying its power. And from such people turn away!” (2 Tim. 3:1-5).

Do you see this evidence all around you? Consider the atheist agenda and secular humanists that mock God, failing to realize that He will soon return and longs for them to accept His Son and enter His kingdom. Peter prophesied about such mockers and slanderers: “Knowing this first: that scoffers will come in the last days, walking according to their own lusts, and saying, ‘Where is the promise of His coming? For since the fathers fell asleep, all things continue as they were from the beginning of creation” (2 Pet. 3:3-4). And the book of Revelation makes it clear that in the last days, unrepentant mankind will be guilty of four major sins: murder, sexual immorality, thievery and sorceries, which is drug use and experimentation with the occult (Rev. 9:21).

Much like pastors who commit suicide, it all starts with a thought—and God doesn’t put harmful, destructive thoughts in our heads. That’s why Paul, inspired by the Holy Spirit, instructed us to cast down vain imaginations that exalt themselves against God’s truth (2 Cor. 10:5). Of course, the lost soul doesn’t know the Word of God, much less understand how to wield the sword of the Spirit against temptations like murder, sexual immorality, thievery and sorceries.

So what’s the answer? If we want to curb the mass murders—if we want to stop suicides and abortions and drug use and other evils—we need to shine a light on the real problem: the carnal nature of lost man that’s so easily influenced by the devil, one who comes to steal, kill and destroy (John 10:10). And we need to get busier preaching the gospel and making disciples so fewer lives are lost in this age and in the age to come.

Pray for the families of the victims of this shooting.

Pray law enforcement will capture the shooter and bring him to justice.

Pray that the gospel will run swiftly in the nations, to change the hearts of men.

Pray that associates of those with murder in their heart will discern the warning signs and report issues before they become murders.

Pray against the spirit of violence that has been unleashed in the earth.

Pray against the spirit of fear that rises after these incidents.

I’m looking for 1,000 prayer warriors to raise up as prayer hub leaders. Learn more about Awakening Prayer Hubs at www.awakeningprayerhubs.com.