Prophetic Insight Into the Taliban’s Next Moves 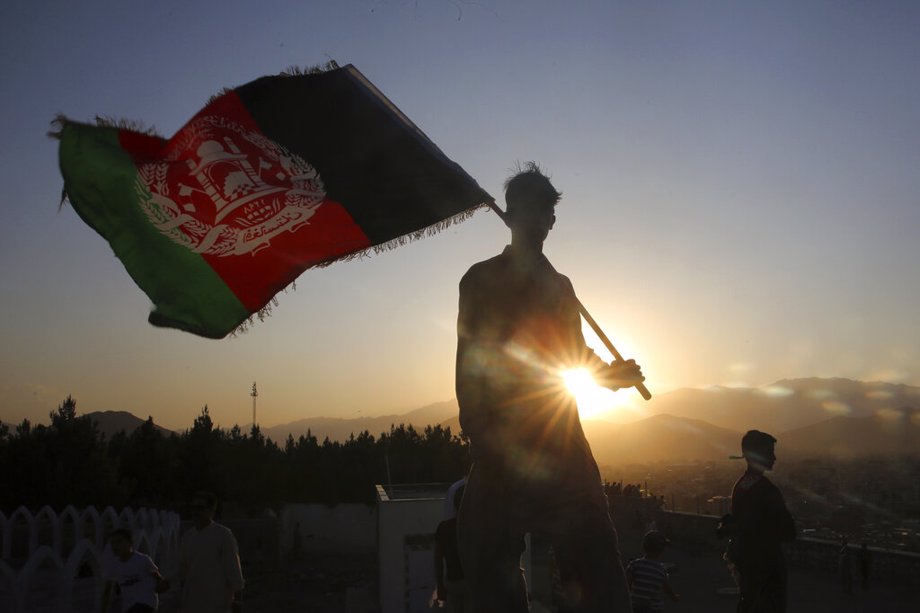 Afghanistan has fallen into the hands of terrorists. The Taliban entered the Muslim nation’s presidential palace on Sunday and sealed its control after a 20-year war. Afghanistan’s president has fled—and many others are trying to flee the country.

Prophetically speaking, the war is not over. It’s just escalated in the spirit and will manifest in the natural if prayer warriors don’t rise up in crisis intercession.

On New Year’s Eve in 2019, I prophesied about radical Islamists rising up and pushing for power through violence—and that more horrifying violence was being planned. Now, those plans are beginning to manifest.

The enemy has stormed into Afghanistan at what the Taliban saw as an opportune time. More violence will follow if the strongman behind this insurgence is not bound.

The Taliban previously ruled Afghanistan between 1996 and 2001, but were forced out by U.S. troops. Now, they have come back with a vengeance seeking to impose their form of Islamic law on the country and rid the nation of foreign influences.

Carter Malkasian, a historian and author of The American War in Afghanistan: A History, told NPR the main figures of the Taliban have remained at the top for some time—and that even though they care more about gaining international legitimacy this time around, that they don’t care enough to actively prevent violence and cut terrorist ties: “It’s pretty likely they will announce the restoration of their Islamic emirate within the week,” he warned, “if not sooner.”

It’s important to understand the geopolitical war that has brewed for hundreds of years in the spirit over this region.

Afghanistan has long been a prize sought by empire builders, and for millennia great armies have attempted to subdue it, according to Brittanica.com, because it lies along important trade routes connecting southern and eastern Asia to Europe and the Middle East. The enemy has established a spiritual stronghold there and now the Taliban is taking back its seat of governing authority. The enemy’s plan is to radicalize the region through force.

While it may seem like a Central Asia issue, the Taliban’s return to glory in

Afghanistan has implications for international security as the Taliban has not been idle for the past 20 years. Rather, they have been planning their jihad—a holy war waged on behalf of Islam as a religious duty.

Prophetically speaking, if the Taliban maintains control of the government Afghanistan will be a breeding ground for terror—a new breed of terror that we haven’t experienced before. The Taliban will rise up with world domination in mind, propagating all manner of violence against Western nations—or any nation that opposes its will. Terrorists will rise up from hidden cells in surprise attacks that rock cities, nations and the world.

Awakening Prayer Hubs is praying fervently. Join us for our prayer call. Here are prayer points to get you started.

Pray that the behemoth of Islam will topple in Afghanistan and give way to a spiritual awakening to Christianity.

Pray for believers in the underground church to be strengthened in their faith.

Pray for the physical protection and provision of Afghans who want to live in peace, or who are fleeing the country in fear. Ask God to hide them in His pavilion and to deliver them from the snare of the enemy.

Pray that the plans of the evildoers be confused.

Pray for a supernatural manifestation of His power according to Acts 4:29-30, “And now, Lord, look upon their threats and grant to your servants to continue to speak your word with all boldness, while You stretch out Your hand to heal, and signs and wonders are performed through the name of your holy servant Jesus.”

Pray for deliverance from evil—for both the victims and the perpetrators.

Pray for God to break in with light and blind the eyes of demons that are ravaging the nation.

Pray for justice, especially for women and children.

Pray for the protection of troops deployed to evacuate people.

Pray for those who have sown their lives in that country—soldiers, missionaries, NGO workers—who love that country and its’ people. Pray that they do not give in to despair and hopelessness but that they be further stirred up to bring others into awareness and action.

Pray for the people that are possessed by these powers to do evil—that they have supernatural encounters with Jesus.

Pray for a release of the warring hosts of heaven to push back the demonic darkness.

Pray for our government and military leaders, that they would possess wisdom and boldness to do take the correct action.

Awakening Prayer Hubs is looking for 1,000 prayer warriors to raise up as intercessory prayer leaders. Find a hub, join a hub or sponsor a hub today at www.awakeningprayerhubs.com.