Sign of the Times: Bystanders Record Woman Being Raped 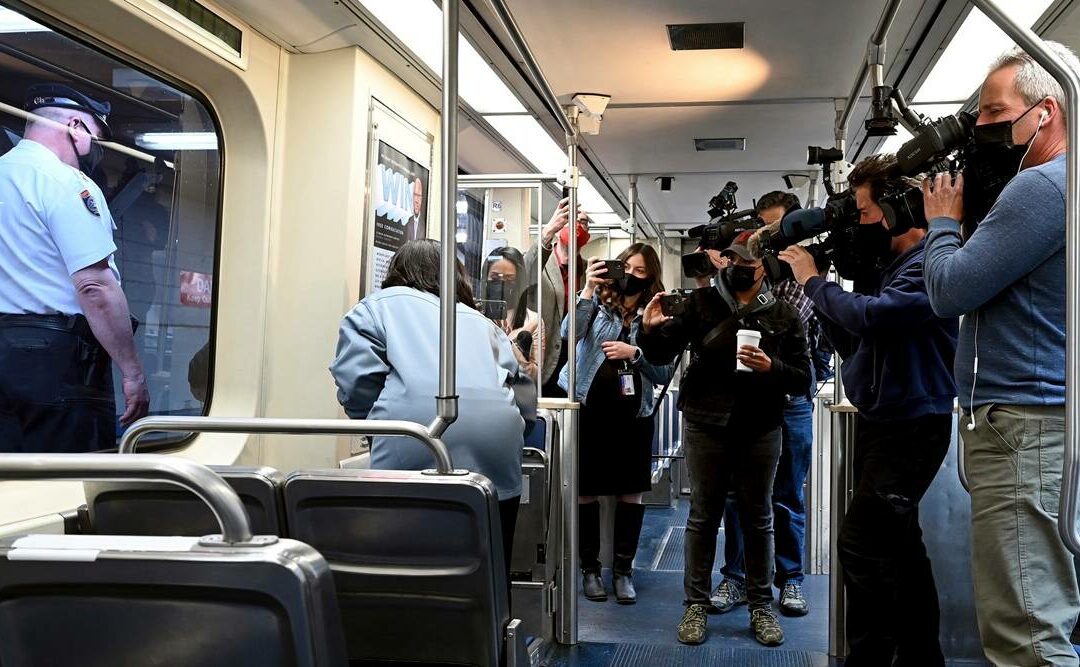 “Because lawlessness will abound, the love of many will grow cold” (Matthew 24:12). Those are the words in red, the words of Christ as He described the signs of the times and the end of the age. This particular sign of the times manifested in Philadelphia in mid-October as passengers on a Philadelphia train saw a woman being raped and did nothing—absolutely nothing—to stop the attack.

The sexual assault was captured on surveillance video and showed other people on the train who could clearly see the violent incident. Thankfully, a railway employee who saw the train pass by called the police to report “something wasn’t right” with a woman on board the train, according to Superintendent Timothy Bernhardt of the Upper Darby Police Department.

“There was a lot of people, in my opinion, that should have intervened; somebody should have done something,” Bernhardt said. “It speaks to where we are in society; I mean, who would allow something like that to take place? So it’s troubling.”

Because of the responsible employee who called the police from outside the train, the perpetrator was caught and arrested at the next stop. Thirty-five-year-old Fiston Ngoy was charged with rape, aggravated indecent assault and related crimes.

“There were other people on the train who witnessed this horrific act, and it may have been stopped sooner if a rider called 911,” the Southeastern Pennsylvania Transportation Authority (SEPTA) said in a statement.

Adding insult to injury, SEPTA Police Chief Thomas J. Nestel III said at the news conference, not only did eye witnesses fail to intervene, they appeared to be recording the rape. He said, “I can tell you that people were holding their phone up in the direction of this woman being attacked.”

What has our society come to? The end times.

Lawlessness is also manifesting in Chicago, where violence continues to pound the city even while a many in an already-strained police force are bucking against vaccine mandates. More than a third of Chicago police offers are defying the city mandate, potentially leaving wide open doors for more violence—more lawlessness—in the streets. And it is their right to do so.

But can you see the ripple effect here? After the strategy to defund the police didn’t work, now the evil one is inspiring new ways to leave citizens in a historically violent city unprotected. If police pull out due to a vaccine mandate, many 911 calls will go unanswered. Criminals will be emboldened. More death and destruction will follow.

In Paul the apostle’s day, he wrote these Spirit-inspired words that are more true today than they were 2,000 years ago. We find the words in 2 Thessalonians 2:7-8:

“For the mystery of lawlessness is already at work; only He who now restrains will do so until He is taken out of the way. And then the lawless one will be revealed, whom the Lord will consume with the breath of His mouth and destroy with the brightness of His coming.”

Satan is also called the lawless one. Lawlessness is essentially contempt and violation of law. The enemy is at work ala Daniel 7:25, “He shall speak pompous words against the Most High, shall persecute the saints of the Most High, and shall intend to change times and law.”

Make no mistake. The enemy is at work here, but it’s beyond a typical attack. This is a sign of the times—and we need to recognize it. Jesus rebuked the Pharisees because they did not discern the signs of the times. Let’s not make that same mistake. We need to pray.

Awakening Prayer Hubs is a global movement of intercessors. We’re looking for 1,000 prayer warriors to raise up as prayer leaders in cities around the world. Launch a hub, find a hub or sponsor a hub at www.awakeningprayerhubs.com.