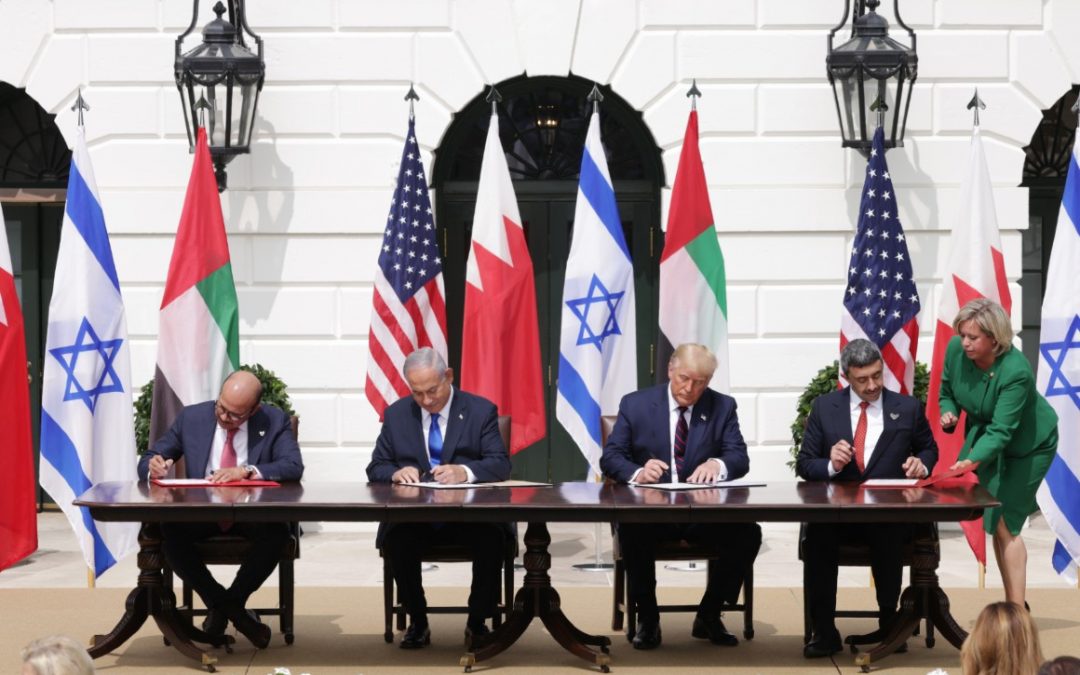 Sudan said it signed the “Abraham Accords” with the U.S., on Wednesday paving the way for the African nation to normalize ties with Israel.

Dubbed the Abraham Accords, the US- negotiated deals between Muslim countries and Israel are seen as a Major foreign policy achievement for President Trump’s administration. They are named after the biblical patriarch Abraham revered by the Muslims, Jews, and Christians.

Before the Accords, the last country to sign a peace treaty with Israel was Jordan in 1994 and before that Egypt in 1978.

Trump announced that Sudan would start to normalize ties with Israel in October and said he would remove the African nation from the list of state sponsors of terrorism, opening the way for economic aid and investment.

Sudan’s Finance Ministry said a “memorandum of understanding “ with the U.S. Treasury Department would enable Sudan’s government to have more than $1 billion annually from the World Bank.

It’s the first time it will get such assistance in nearly 30 years since Sudan was first designated as a pariah state when it hosted Al-Qaida leader Osama bin Laden and other militants and was believed to be funneling weapons from Iran to Palestinian terrorists in the Gaza Strip.

Pray for U.S. to continue to negotiate peace for Israel with the World