What God is Saying About the Ethiopia Famine 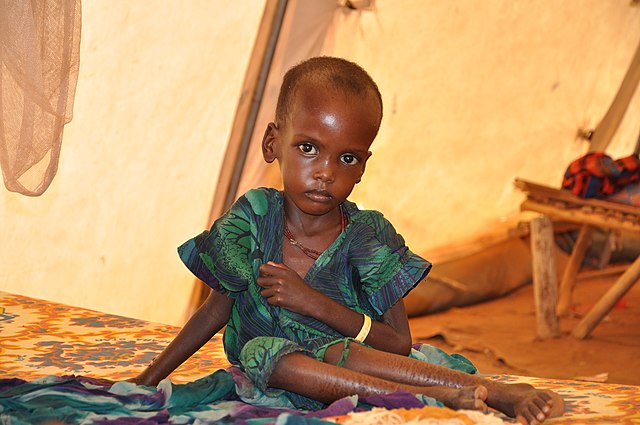 The crisis in Ethiopia is a “stain on our conscience.” So says United Nations (UN) humanitarian chief Martin Griffiths as people are literally and unnecessarily starving to death.

Ethiopia is expelling seven senior United Nations officials, just days after the UN’s aid chief warned the war-torn northern Tigray region was descending into famine due to the government’s blockade of aid deliveries, according to a CNN report. The malnutrition rate is now over 22 percent, which is about the same as Somalia at the start of the Somali famine that killed more than 250,000 people.

The Ethiopian Ministry of Foreign Affairs in a statement accused UN officials of “meddling in the internal affairs of the country.” If the order is not stopped, in 72 hours this will become one of the most notable expulsions of UN humanitarian officials from any nation.

This is a dire situation that is growing darker. Over 400,000 people are facing famine conditions in Ethiopia’s Tigray region in the wake of a war that started last November during harvest time. The UN has tried to bring in humanitarian supplies but have faced what it calls “logistical and bureaucratic impediments including long delays for clearance,” as well as fuel shortages and the harassment of its drivers. The Ethiopian government denies it is blocking aid.

The Holy Spirit is grieved over the goings on in Ethiopia. I heard the Lord say, “These are My people and I am their God. Even though many don’t know me, I know them and am not willing that any should perish. The wars and rumors of wars, the earthquakes and the famines are manifesting all around you, and will continue to manifest. But you must pray. You must stand in the gap for Ethiopia. You must pray without ceasing against the corruption, the violence and the starvation. I want to see Ethiopia saved. I want My harvest in Ethiopia.”

Remember, Ethiopia is a Christian nation and the church there is facing persecution. Over two thirds of Ethiopian is Christian, but Islam is rising rapidly.

We must stand with our brothers and sisters in Ethiopia.

First, let us enter into identificational repentance, since we as the church have allowed such atrocities to occur in Ethiopia—more than once. (Remember the 1980s famine in Ethiopia that killed 1 million people. Through repentance, we strip the enemy of any right that negates our authority to combat him.

Father, in the name of Jesus, we humble ourselves before You Mighty God, we turn from our wicked ways, and we come before You now, Lord, for the healing of the nation of Ethiopia (see 2 Chronicles 7:14). We repent for the sins of wickedness in the land, including wars, bloodshed and corruption.

Standing in the Gap for Ethiopia

People are literally starving to death in Ethiopia. The Associated Press reported the first known death by hunger case there last week. Of course, we don’t know that it’s the first and unless drastic measures are taken it will not be the last. Let’s pray:

Lord, we stand in the gap for Ethiopia. We ask for You to redeem their souls from deceit and violence.

Lord, precious is the blood of those suffering in the land (Psalm 72:14).

We rebuke the spirit of violence and decree that violence will disappear from the land and the desolation and destruction of war will end (see Isaiah 60:18)

O Jesus, the Breaker, bring Your deliverance to the needy and the poor. Breaker, be a present help to your people in Ethiopia we pray (see Psalm 72:12; Micah 2:13).

We pray for the Ethiopian government , that the Light of Christ would break into the darkness (see 1 Timothy 2:1; 1, John 1:5).

We pray that the government would allow food aid, medical supplies and fuel to reach the people of Tigray (see Isaiah 53:10).

We pray for a lasting ceasefire adhered to by all sides (see Isaiah 2:4)

We pray for a hedge of protection around innocent civilians in towns and villages (see Psalm 140:1-4)

We pray the Lord would bring exposure to the works of corruption, and root it out (see Isaiah 1:4).

We pray for a cry of salvation of the people to go out from the land (see Acts 4:12).

We pray for the remnant of Ethiopia, that the Lord would strengthen them and uphold them (see Isaiah 40:31).

We ask the Lord to send His angels on assignment to unlock doors that have imprisoned those suffering and dying. Set Your people free Jesus! (see Isaiah 61:1).

We release salvation through the shed blood of Jesus over the Ethiopian people (see Romans 3:24-25).

We plead the blood of Jesus against the enemy resistance holding the keys of freedom of Ethiopia that is to be found in Christ Jesus.

Lord, quicken their mortal bodies by the wind of Your Spirit (see Psalm 143:11).

We prophesy spiritual awakening over the gates of the land, to the glory of God (see Romans 13:11; Ephesians 5:14)

Awakening Prayer Hubs is a global movement of intercessors. We’re looking for 1,000 prayer warriors to raise up as prayer leaders in cities around the world. Launch a hub, find a hub or sponsor a hub at www.awakeningprayerhubs.com.