Will Biden Lift the US Embargo Against Cuba? 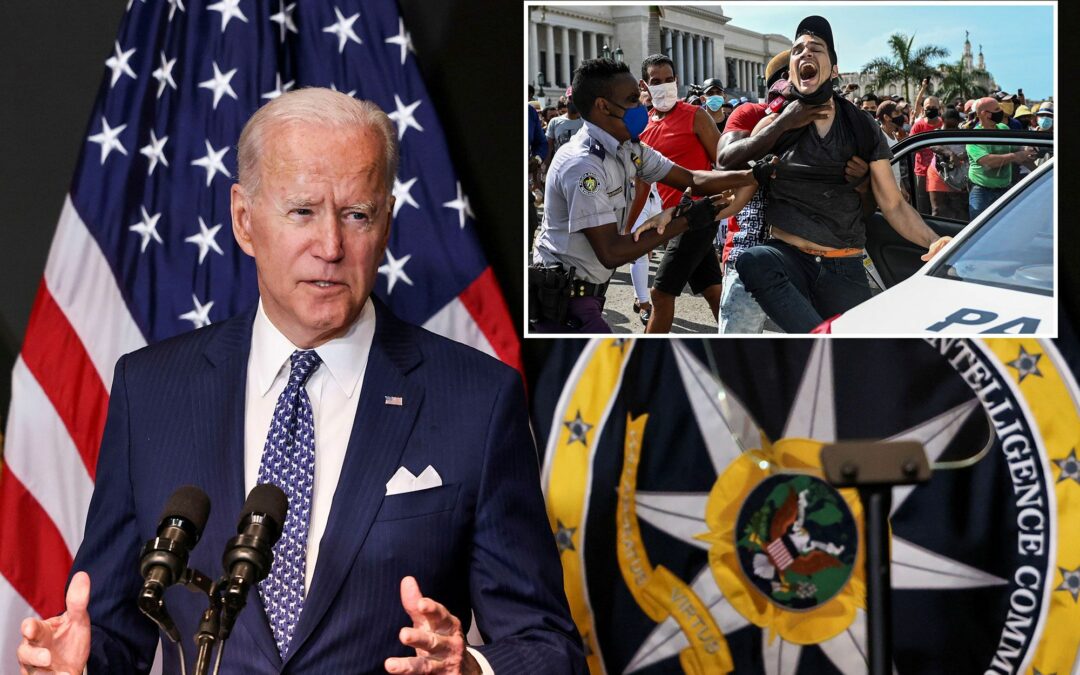 As President Joe Biden wrestles over whether to end the United States’ embargo against Cuba—which originated in 1958 but was augmented several times until 1962 when it was extended to include almost all imports—the island nation 90 miles from Key West, Florida continues to see unrest.

Now is the time to pray. In December 2019, I had a vision of the embargo against Cuba ending in the short-term. Remember, most of the people alive today did not choose this government or this rule of law. This is a behemoth spirit spreading the ideology of communism.

Mexican President Andres Manuel Lopez Obrador said recently “almost all the countries in the world” are against the US embargo.

“It is not conceivable that in these times they want to punish an independent country with a blockade,” Lopez Obrador said.

“I think that President Biden must make a decision about it. It is a respectful call, from no point of view of interference, but we must separate the political from the humanitarian.”

Could this be Cuba’s moment of liberty in more ways than one? We need to pray.

Awakening Prayer Hubs invites you to join a hub, launch a hub or sponsor a hub to be part of the solution in your city and nation. Will you pray with me at this kairos time?

Repent for the sins of the nation. This is called identificational repentance, such as Daniel entered over Israel in Daniel 9.

Thank God for the stirring that has arisen in Christians around the globe to stand together in prayer for unity and the freedom of Cuba (see 1 Corinthians 1:10).

Thank God for demonstrating His great love for the Cuban people who are suffering under the hand of a behemoth called Communism. Each person is on His heart and mind, and He is catching their tears in a bottle and hearing their cries for help (Psalm 56:8; Psalm 34:17).

Pray against an international escalation over Cuba that could lead to World War III.

Pray that as the Cuban people have put their foot down and have had enough of the oppression and lack of food, necessities of living that God would put His foot down, reach down and deliver the Cuban people (Matthew 18:18-20; Peter 3:12).

Pray for the miracle of the embargo be lifted in such a way that the Cuban government is still held accountable but the Cuban people do not suffer without (Matthew 16:19).

Pray for natural and spiritual freedom for the Cuban people as you have intended all people to have the freedom to choose you and follow you (Romans 8:21).

Pray for economic freedom for the Cubans so that they will prosper in their land (Jeremiah 29:11).

Pray for a free government severed from communism that holds them down from their God-given potential and purpose (Isaiah 10:1).

Pray for the safety of Christians in Cuba; hide them under Your wing. Let them be hidden and not seen by the current government (Psalm 91:4).

Pray signs and wonders follow the believers there as they step out and lay hands and pray for people (Mark 16:17).

Pray the Holy Spirit will move and hover over Cuba, doing a mighty work in the hearts of leaders and the Cuban population alike (Genesis 1:2; Proverbs 21:1).

Pray God will all the seeds planted by past evangelism teams. Let there be great fruit that comes forth from the love poured out. Let that love spread like wildfire (1 Corinthians 3:6-9).

Pray God will strengthen and refresh all your people that are already with their feet on the ground in Cuba Lord. Let them be emboldened to follow where you lead (1 Thessalonians 2:2; Phil 1:14).

Pray Cuba to be set free from the hand of the enemy over their nation. We say to satan, let the Cuban people go in Jesus Name (Exodus 5:1).

Pray the Lord will grace us to contend to the end until we see awakening and revival in Cuba (1 Chronicles 16:11).

Awakening Prayer Hubs is looking for 1,000 prayer warriors to raise up as intercessory prayer leaders in the nations. With 300 leaders in over 30 nations, could you be next?