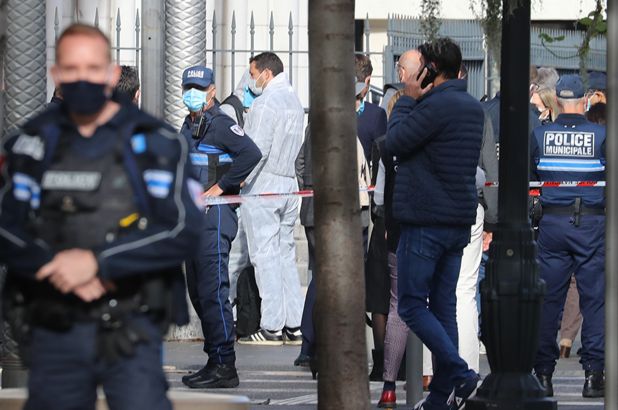 A woman was decapitated and two other people were killed by a knife-wielding “terrorist” who shouted “Allahu akbar!” at a church in the French city of Nice — one of three attacks targeting the country on Thursday.

Mayor Christian Estrosi said on Twitter the attack occurred in or near the Notre Dame Basilica and that police had detained the assailant.

Estrosi called the attacker  a “terrorist” who shouted “Allahu akbar!” — Arabic for “God is great” — repeatedly as police collared him and that “the meaning of his gesture left no doubt.”

“The suspected knife attacker was shot by police while being detained, he is on his way to hospital, he is alive,” he told reporters.

This follows other recent news of a teacher’s beheading.

Pray for the families of those murdered.

Pray the murders are caught and brought to justice.

Pray that intercessors and evangelists will collaborate to send forth the gospel.

Pray that Muslims in France has dreams and visions of Jesus and convert.

Pray against terror attacks in France.